The phrases “high-end tonewood” and “sustainable species” might seem oxymoronic to those familiar with the art and science of guitar design and construction. Spruce, often used for acoustic instrument soundboards, lends great tone and projection to guitars, mandolins, violins, pianos and other instruments, although it takes up to 300 years for trees to reach the size needed to produce such slow-growing and stable wood. Rare species such as Brazilian rosewood (used primarily for fingerboards and acoustic guitar bridges) have been protected against import/export by the CITES [Convention on International Trade in Endangered Species of Wild Fauna and Flora] treaty since 1991. 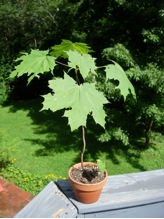 Relatively speaking, musical instrument manufacturers use a very small portion of the total amount of tonewood produced globally, but there is ever-increasing attention paid to such an important resource. Many large guitar builders (e.g., Martin, Gibson, Taylor) have followed the direction of Greenpeace and joined forces over the past decade with the Forest Stewardship Council (FSC) to ensure responsible consumption of vanishing wood species and the acceptance of alternative tonewoods in their instrument production. Exotic (albeit not rare or endangered) woods such as ovangkol, makore, sapele and narra have been introduced into the guitar builders’ bench over the past few decades. 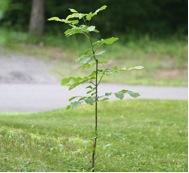 Vermont-based DeMars Guitars, while not a prominent consumer of tonewood in the guitar and bass markets, has nonetheless committed to contribute its small part to such a worthy cause. Company head Dan DeMars said, “For every new DeMars guitar or bass purchased from 2012 onward, we will be planting two native Vermont trees on our property. While we certainly don’t use as much wood as many mid-size and large guitar companies, we wanted to make a visible statement affirming our allegiance to sustainable wood use and underscoring our place as an environmentally-conscious Vermont company.” The species of Vermont trees selected by DeMars are white spruce (Picea glauta), sugar maple (Acer saccharum), red maple (Acer rubrum), tulip poplar (Liriodendron tulipifera) and white ash (Fraxinus pennsylvanica).

As part of the Certificate of Ownership, DeMars Guitars will also send a card containing a photo of the tree sapling in its new growing site, its date of planting and scientific details on the tree species.