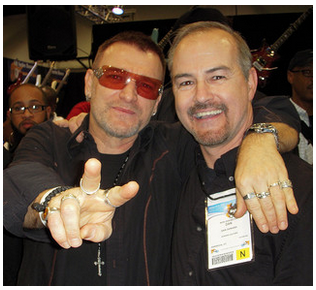 The 2010 NAMM Show saw fewer exhibiting companies than recent years (thank you, US macroeconomy) but no less excitement. Like many other smaller companies, DeMars Guitars did not exhibit at this year’s NAMM but our impact was felt nonetheless. Our two new sales reps experienced the sensory overload associated with NAMM shows and they had a productive and informative experience, demonstrating our instruments, meeting with retailers and closing deals.

The highlight of our 2010 NAMM was the introduction of our new 4-string Long Trail Mag bass that made the rounds at several bass amp booths. Dubbed “the P Bass for the 21st Century” by a friend, here are the specs: